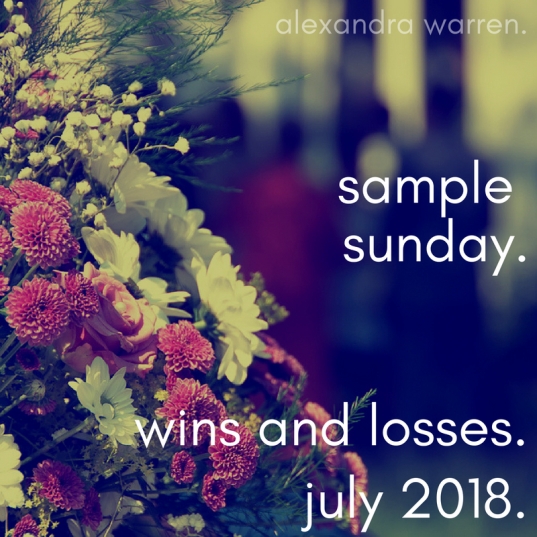 I am (always) super excited to share the first sample sunday, mainly because I get to give you guys a small taste of what I’ve been working very hard on.

If you were at Indie Love LA, you might’ve heard me speak a bit about this project during the panel discussion. But for those who weren’t, this is my twentieth project and I’m pushing myself out of my comfort zone a bit with it. 🙂

There’s no official release date yet, but it’ll definitely be some time this month!

(Note: Sample is copyrighted, unedited, and subject to change because ish happens 🙂 )

Why would someone do this to him?

Before I could go down the road of possibilities, my thoughts were interrupted by the latest sorrower, my eyes first landing on his pristine dress shoes in the especially-green grass, then moving up to his long, thick legs clad in black dress pants, followed by a full solid chest and broad shoulders under a white, button-up shirt, and finally landing on his caramel face complete with a chiseled jawline covered in facial hair that almost made him unfamiliar.

But he wasn’t a stranger, though the voice paired with his grown-up face was a lot deeper than I remembered when he started, “Hi Carmen. I’m not sure if you remem…”

“Nasir Valentine. Long time, no see,” I said with a half-hearted smile, extending my arms for a hug since I had been giving them out like Oprah gave out cars for the last ten minutes. But I quickly realized I shouldn’t have been so eager once being in his strong arms elicited a gratifying – embarrassing – moan; a moan only my fiance should’ve been pulling from the back of my throat.

Thankfully, Nasir didn’t call me out on it, stepping away with a smile of his own as he said, “The only person who calls me Nasir is my mama when I’m in trouble. And I haven’t been in the hot seat with her in years so… call me Nas, please.”

I let out a giggle, the first since stepping foot back in this town. Though that little ounce of joy was quickly snatched once he continued, “Charles was a good man. We’ll all miss him around here.”

It was the same thing I had been hearing for the last week, so I wasn’t surprised to hear him match everyone’s sentiments. But I was a little confused since… “Last I heard of you, you were overseas somewhere playing ball. What do you mean, around here?”

He slipped his hands into his pockets and explained, “I’ve been back in town for almost two years now. Teaching gym and coaching at your alma mater, actually.”

“No way! I mean, after you put up forty-eight points and twelve rebounds in the championship game against our squad senior year, I’m surprised they even let you step foot on the property,” I told him, remembering it like it was yesterday instead of a decade ago.

Not only had it been an impressive performance, it was the one that had propelled Nas into the national spotlight, earning him a spot on the list of top players in the nation for our class along with a full-ride scholarship to Lynstone University. But apparently, I wasn’t the only one who remembered the time since Nas also took a trip to the past when he replied, “Well after you did our girl’s team in for that triple-double, somebody had to get revenge. You know, even the score a little bit.”

His memory of that game, one of the best of my career and the one my father proudly brought up any time he could, made me smile once again; a full one that felt out of place since his body had just been lowered into the ground behind me. But I knew it was memories like that – him telling the story of his Minnie crossing up a girl so bad her shoe strings got tied together –  that I had to hold onto to get through this, so I was glad Nas had brought it up.

In fact, I was just getting ready to tell the story the same way my father used to when Will returned, clearly a little jealous to see me talking to Nas considering the possessive arm he threw around my waist to pull me closer. And I couldn’t help but frown at him before I introduced the two. “Nas, this is my… fiance, Will. Will, this is Nasir Valentine, an old rival.”

Nas immediately extended his hand for a polite shake. “Just Nas is fine. But it’s nice to meet you, man.”

“Yeah, sure,” Will replied with an obvious annoyance, just barely giving him the courtesy of a real shake before his phone started pinging again.

Of course he left to answer it.

With a heavy sigh, I did my best to shake off my annoyance when I turned back toward Nas and apologized. “Sorry about that. He’s not usually… such an asshole.”

That wasn’t exactly the truth. Will could certainly be an asshole depending on the day, and he just so happened to pick the day I needed him most to be on his worst behavior. But my emotions were fully occupied which meant I wasn’t in the mood to check him on it, glad Nas wasn’t bothered as he brushed me off. “It’s all good. Death brings different things outta people.”

Is that why looking at you is making me feel lusty right now?

With a smirk, he answered, “Yeah, I’ll slide by. Gotta check on my guy Jordy.”

“My student-athlete. My leading scorer. My team captain. My future All-American. My guy,” he stated proudly, though that only confused me more.

“But I thought Mr. Daniels was his coach?”

Nasir’s expression softened when he explained, “Old man stepped down this year because of health issues. And I suppose my resume and year spent as assistant coach under his wing lent itself well to a head coaching job, so they’re taking a chance on me.”

Considering Mr. Daniels had been coaching at the school longer than any of us had been alive, I was surprised he had let even health get in the way of another season. But I also knew he wouldn’t have let health get in the way if he didn’t have an acceptable candidate he trusted to fill his shoes, allowing me to tell Nas, “That’s incredible. Congratulations.”

“And congratulations to you too, Carmen. Will is a… very lucky dude,” he replied, his bottom lip pulled between his perfectly-straight teeth as he gave me a onceover that made me blush.

Any other man, I probably would’ve flashed my engagement ring into his view to set him straight and remind him I was a very taken woman. But with Nas ogling me the way he was, I was tempted to hide my left hand behind my back.

I was so caught up in him looking at me – and my body’s reaction to him looking at me – that I hadn’t even realized Will was back until Nas broke his heated stare to say, “I’ll see y’all at the repass.” And we both watched him walk away for different reasons, those damn shoulders of his practically screaming for my fingers to dig into them until I was snapped out of my fantasy by Will’s jealousy.

“What the fuck was that all about, Carmen? You fuckin’ that nigga or somethin’?” he asked, an extra growl in his voice as if he was really getting ready to make a scene.

I wouldn’t allow it, keeping my voice low – between us – when I whispered, “Will, you can not be serious right now. I haven’t even seen him since high school and you’re already accusing me of screwing him? At my father’s funeral? I can’t even deal with you right now.”

Tossing a hand in his face, I blew past him, getting ready to grab the last of the flowers to toss into the grave when Will caught me by the arm. “I don’t care where we are. You aren’t gonna be out here disrespecting me like that.”

My eyes first went to his grip on my arm before flashing up to his angered eyes that I met with sharp ones of my own when I snarled, “And if you don’t get your fingernails out of my fuckin’ arm, I swear to God my father won’t be the only one in that grave. Try me, William.”

Want to be the first to know about sample sunday and other updates? Sign-up for my newsletter here —> http://eepurl.com/dqVnRz