It’s been a minute, I know.

But I’m finally back with a new Sample Sunday from my upcoming release,

Yes, I know it’s not what I said I was releasing next, but here we are! lol

(note: sample is unedited and subject to change because stuff happens lol) 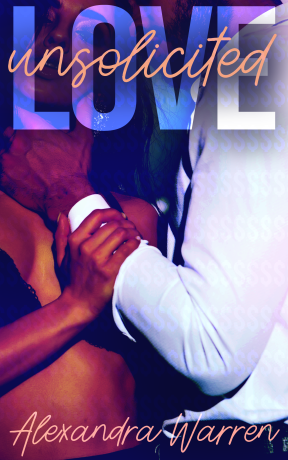 Tonight’s prey was different. He had the money and the looks, a combination that almost made my pussy forget she had an unaffordable price tag. In fact, the longer I stared at his golden brown skin, his bushy eyebrows, and his perfect smile that was only accentuated by the light layer of facial hair coating his strong jawline, the more I wished we could’ve met under different, more honest circumstances.

Unfortunately, it was far too late for that now. I was already in character as I sipped from my cute, colorful, non-alcoholic drink that I’d intentionally had poured into a martini glass, my gaze trained on my target until I caught his eye. And once I did, I gave just enough of a smile for him to give a nod of acknowledgment in response, being nonchalant about it as I returned my attention to the bartender so that I could ask for the check I knew I wouldn’t be paying for myself.

Like clockwork – because no matter how much finer he was than my usual marks, he still behaved all the same – the man made his way over to where I was seated, not bothering to ask if the seat next to mine was taken before he claimed it as his own. And once I went to reach for the billfold the bartender had dropped off in front of me, the man interjected, “Let me take care of that for you.”

Smirking, I glanced his way just slightly as I slipped my virtually-anonymous prepaid card into the fold while telling him, “I don’t order drinks I can’t afford, Mr…”

“Elle,” I answered, giving him one of the many nicknames I used with strangers since the last thing I needed was for these people to be able to look me up when it was all said and done. And since it was clear “Key” wasn’t giving me full name privileges either, I had a feeling he wouldn’t be bothered by it, a look of intrigue on his face when he replied, “Elle. I like that for you.”

With a laugh, my face scrunched as I repeated, “You like that for me? What does that even mean?”

“It suits you. Simple, but sexy,” he explained, gnawing into his plush bottom lip as his eyes, very expectedly, went straight to my cleavage.

Typically, I’d play bashful about it since that was something these wealthy men were extremely into; the shy, innocent girl who had no idea just how sexy she was and needed the rich man to really bring it out of her. But something about Key had me feeling more like myself, a smirk on my lips when I teasingly asked, “So you’re calling me basic?”

“Do you really think I’d be over here sweatin’ you if I thought you were basic, Elle?”

Shrugging, I countered, “How would I know? Basic could be your type.”

The way he immediately licked his lips in response told me that wasn’t the case at all, something he doubled down once he answered, “Nah, sexy as fuck is my type and you got that on lock.”

“And let me guess, you’re tryna unlock all that sexy with your… little key?” I asked with a peek down to the fly of his dress pants, the dim lighting at the bar not doing either of us any favors even though his energy told me everything I needed to know.

He was carrying something heavy between his thighs. And I was very much intrigued.

That feeling continued to blossom when he gave a rumbling chuckle to question, “Is it that obvious?”

“That your dick is little? Totally obvious. And quite unfortunate. Your poor wife,” I joked, finishing off my drink under Key’s watchful eye before he cleared the air.

“I’m not married. But if I was, nothing about my wife and I would be poor.”

“Good to know,” I replied shortly as I slid my empty glass forward for the bartender to grab in passing, surprised when Key used the opportunity to place a new order for the both of us.

“Let me get another Macallan neat. And then another of whatever that baby bullshit was that she’s drinking.”

Even though I knew the drink could very well be placed in my nephew’s sippy cup with no consequences, I was still quick to defend, “Excuse me? There is nothing baby about my drink of choice.”

“Except the fact that it’s basically juice,” he stated confidently. So confident that I almost wanted to correct him by letting him know there was nothing “basically” about it.

That only reminded me that I was losing sight of tonight’s goal.

This was about one thing and one thing only; his money. Then again, I suppose there was nothing wrong with taking an even less obvious approach to getting it, a genuine smile on my face when I playfully whined, “I feel like you’re judging me.”

“And I feel like you’re not the type to give a damn either way.”

I didn’t care what he thought about my drink choice the same way I didn’t care about him possibly judging me when I looked him directly in his eyes and requested, “Tell me exactly what you want from me so I can tell you if I’m willing to give it.”

While I still planned on following through with my goal of making off with at least a little cash for my time, something about this encounter felt different, true desire coursing through me in a rampant fashion that only grew wilder when Key licked his lips and admitted, “Honestly? I want you in my room, on your knees, gagging on my dick as I fuck that pretty ass mouth of yours.”

It was so bold and direct that I wanted to agree to it, disgustingly turned on by the thought of giving him exactly what he wanted, exactly how he wanted it. But instead of being easy about it, I giggled, “Sorry, I don’t suck stranger dick.”

“Name your price,” he challenged, only making me giggle harder as I thought to myself, “If only you knew…”

But considering he knew nothing, and would continue to know nothing, I simply replied, “My mouth is not for sale.”

“Everything in this world is for sale to the people who can afford it.”

Want to be the first to know about Release Dates, Book Sales, and other updates?