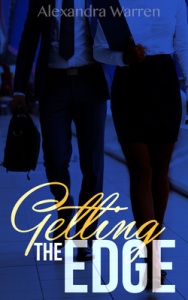 Whew! So I can’t hardly wait to release this bad boy! I actually…like real life might not be able to wait until April 10th lol. Ariel and Jamison are kind of like my favorites right now (until I get back into Alexis and Jaden of course lol). But here’s a sample to get you all pumped and ready for April 10th!

“Ariel! Where have you been? I called you at least 100 times!” I was trying to find my place in the line-up for my college and Jasmine was right on my tracks like she didn’t have a place of her own to be.

“Doesn’t matter. I made it.” She crossed her arms over her chest, analyzing my demeanor. Jasmine and I had been the best of friends since I first got to college so she knew me well enough to know something was different. But I damn sure wasn’t in the mood to tell her exactly what. Unfortunately, I didn’t have to say anything for her to put two and two together.

I snatched her in close before I said, “Would you shut up? And don’t you have somewhere to be?”

“My college is last and since I was here on time unlike you, I know exactly where I have to be. But damn girl, it must’ve been good if it almost made you miss graduation.” I hadn’t had much time to even think about it. But now, since I had a free moment, I could remember every…blissful…stroke.

And did he really have to look that good first thing in the morning?

I was snapped out of my daydream by the sounds of the graduation processional music. Jasmine gave me a pat on the shoulder and a smile before strutting to the back of the line.

“Graduation has you glowing baby!” I smiled for the hundredth picture my parents had taken of me holding my diploma. A bunch by myself. A bunch with family members. A bunch with family friends. A bunch with them. But I would keep on smiling as it was a special moment, brought largely in part by the college fund they had set up for me from birth. As we arranged for yet another family photo, I was surprised to see a now familiar face watching me; waiting for me in the distance. I knew he was going to be at graduation, for his cousin Drew, but I didn’t think we would actually run into each other. After a few snaps, I told everyone I would be right back and headed his way.

“Congratulations Ariel. These are for you.” He handed me a bouquet of flowers and I couldn’t help but be flattered. Hell, there were people I had dated for months and never gotten flowers from and he was already giving them on the first day.

“Thank you Jamison. These are beautiful. How’d you know tulips were my favorite?”

“I saw you had some on display in your apartment and figured they wouldn’t still be there if you didn’t like them. And I locked your door for you. Even though I don’t know why you would trust a stranger like that.” Now that I had the chance to think about it, it wasn’t the smartest of moves on my part. But something about Jamison seemed so legit that I would probably do it again.

If there ever was an again.

“Well excuse me for seeing you as a genuine soul who wouldn’t rob me.”

“You’re right. I didn’t rob you. Well except for a granola bar. A brotha was hungry. Oh, and a little mouthwash.”

“Consider it a parting gift.” I said it in a friendly manner but I could see an ounce of dismay in his eyes.

“Indeed. Well I better catch up with Drew.”

“Yeah, you do that. Tell him I said congrats.”

“I will. You take care Ariel.” I wanted to give him a hug, a kiss, something that would allow him to linger for just a little while longer. But instead, I just watched his confident strut until he disappeared into the crowd. I would’ve been lying if I said I wasn’t disappointed. Not that I expected anything out of a one-night stand but of course one of the nicest guys I had ever encountered had also been in my life for the shortest amount of time.

At least I got the D.

College graduation is only the beginning for Ariel as she lands her dream job working for a record label in The Big Apple. Not only is it the beginning of her professional career, but also the beginning of an unexpected romance with Jamison, a self-assured recent grad who is also getting his foot in the door of the music industry at a competing record label. The collision of business and pleasure is inevitable but when Ariel receives a personal assignment to help take down her label’s top competition, she’s forced to make a decision; her career or her newfound love? Just how far will she have to go to get the edge?