This paperback sale is EXCLUSIVELY for people who reside in Omaha, NE.

(If you don’t, no worries! I will be doing a nationwide sale Late June!)

During my visit in May (19th-25th), I will be signing and delivering books straight to you!

An invoice will be emailed within 24 hours of ordering.

Thank you so, so much for the support! 🙂

(Note: Titles are *mostly* listed from oldest to newest, except for the series.)

Reagan is living the dream.
She has a wonderful, fulfilling job working at the local community center. She has her own place and a comfortable lifestyle. The only thing she’s missing is someone to share it all with. Unfortunately, the second she thought she may have found the one was only a few short months before she found his fiancé. And now, the only way she can prove that she has really moved on from him is by showing off her new man. But there’s only one problem. The new man doesn’t actually exist.

Insert Gavin.
An innocent bystander and up-and-coming rapper caught in the chess match of Reagan’s game on his first day of community service. When she desperately needs him to fulfill the role as her boyfriend to save face, Gavin quickly finds ways to also benefit from their arrangement.

But what happens when the line between fulfilling a role and real companionship begins to blend? Can something that starts off as a deal between two strangers actually turn into something real?

A Rehearsal For Love

All Malia ever wanted in life was to become a full-time, professional dancer.
Unfortunately, barriers in the form of half-assed attempts at getting a college education, a less than supportive mother, and the lack of dance classes in her area stand in the way of achieving her ultimate goal.

But that all changes once choreographer Blaise Anthony comes to town, bringing both his experience in the dance industry and a brand new dance studio.

Malia is instantly captivated by the idea of not only being able to give her full attention to dance, but also to be trained by one of her idols in the process. But when the two finally collide on the dance floor, an undeniable chemistry that goes beyond an eight count arises.

And while Malia might’ve thought she was coming to dance towards her dreams, she quickly learns that she’s actually rehearsing for a whole lot more… 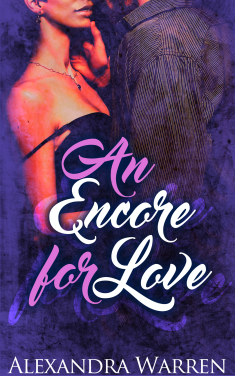 An Encore for Love

Knox Riley is at the top of his game when it comes to the world of professional choreography. In fact, there’s only one other person in the field who even comes close to matching his stature.

Knox’s eye has been on Amerie since the day she first auditioned for one of his tours. And while the arrangement that developed between them soon after might’ve ended in disaster, Knox feels he’s being given a chance to redeem himself – and his personal life, in general – when he and Amerie are casted for the reality show, Choreographer Lane.

Too bad Amerie doesn’t see it the same way.

After avoiding Knox Riley for years, she’s completely apprehensive to anything that involves even being in the same room as him. But when he shows up to her office with an offer she can’t refuse, she quickly finds herself in a predicament that involves old desires being exposed, unresolved feelings resurfacing, and new boundaries being tested.

Once the line is crossed, there’s no turning back. But just because an encore is called for doesn’t guarantee it will be pretty…

(Note: This book is a spinoff of, A Rehearsal for Love. While it can be read as a standalone, it does contain major spoilers for that title.)

Love is not on the drink menu.

At least not for Nori Davis as she basks in the single life which includes frequent happy hour visits, lots of alone time in bed with her “favorite things”, and of course being sought after by guys she’s not interested in.

Maxwell Watson doesn’t have time for a serious relationship. Between opening a lounge, being the owner of a lounge and… the lounge, there’s just no room for anything beyond it.

Still, when he notices one particular patron who is palpably dissatisfied with his business, going after her for more information isn’t even a question. And when more turns into a whirlwind of energy neither can deny – turns into an encounter that can’t be forgotten – Nori and Maxwell find themselves attempting to navigate what can only be identified as love at first… spite.

Also, check it out on this list of 100 Must-Read Romantic Comedies!

In Spite of it All

Love is not on the drink menu.

At least not for Tiana St. Patrick as she nurses the broken heart caused by her ex after their sudden, unexpected, yet incredibly necessary break-up.

But when a generous stranger offers to jumpstart her healing process, and doubles down with a chance encounter at her business, she can’t help but wonder if his presence is worth something more than just a helping hand even though he seems to be exactly the type of guy she should be avoiding at all costs.

Kelvin Watson is a man on a mission. Between the lounge he co-owns with his big brother, and the ladies that frequent it, it’s no secret that he has plenty to keep himself busy.

Still, when a particular patron catches his eye and then manages to ease her way into his heart with her easygoing vibe and natural charm, he can’t help himself in pushing for something more. And when more turns into a discovery of past indiscretions, present reservations, and future obstacles, Tiana and Kelvin find themselves attempting to navigate their budding romance, in spite of it all.

(Note: This book is a spin-off of, Love at First Spite. While it can be read as a standalone, it does contain major spoilers for that title.) 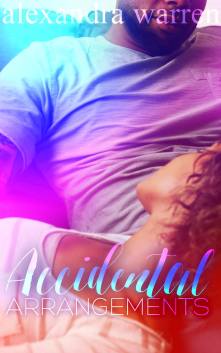 Not all arrangements are truly by design. Some happen by chance, by fate, by… accident.

But what happens when the proximity builds a chemistry between them that neither is prepared to handle? Will living as roommates become too much to bear? Or will it be the perfect jumpstart to a happily ever after?

(Note: While it can be read as a standalone, this book does contain major spoilers for the Spite Series.) 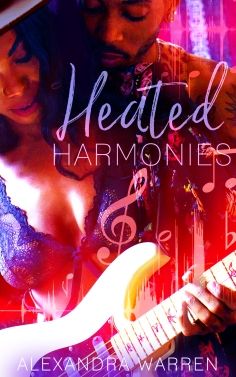 The music industry has always been her world, but it almost crushed his…

International superstar Zalayah is desperate to break out of her popstar box with a completely new image, a new look, and most importantly, a new sound. But after years of working with some of the biggest producers in the land, she knows she must go beyond the usual to get exactly what she’s looking for.

Gabriel has sworn off being in the music industry regardless of how talented he is as a musician. But when one of the biggest popstars in the world comes knocking at his door with a proposition he can’t refuse, his initial disdain quickly becomes a battle of the head and the heart as he finds himself not only falling under the guise of the industry but also falling for her.

Creating the perfect harmony in the studio is an easy feat. But when outside influences find their way inside, it’s only a matter of time before things become too hot to handle…

If Only for the Summer 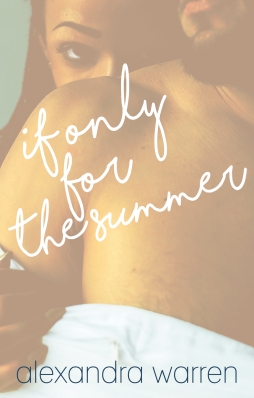 School may be out, but class is still in session…

After a hectic school year with her classroom of first graders, Nova Grant is desperate for a break. So when her best friend invites her to spend the summer down in Miami, taking the vacation is a no-brainer. The only thing is, her best friend’s husband had the same idea, inviting his friend Guy Thompson to stay in the condo Nova was already guaranteed.

Set up or accidental… Fate or coincidental… the attraction between the two is undeniable from day one. But with their days under the sun numbered and plenty of lessons to learn between them, Guy and Nova still find themselves teetering the line of lust and love, even if it’s only for the summer…

That’s been Princeton “The Prince” Lattimore’s life for as long as he can remember. But when an interruption to his heavyweight champion world comes in the form of an alluring journalist who sees well beyond his undefeated stature, he quickly learns there’s a lot more to life outside of the boxing ring.

As a budding journalist, Bella Stevenson is determined to solidify her place as one of the best writers in the game. But when she’s assigned to cover a boxing match – a sport she knows nothing about – she realizes that it’s going to take a lot more than just a good write-up to do so. And once chasing a good story turns into meeting the man of her wildest imagination, her world is quickly turned upside down in more ways than one.

Falling for each other proves to be an easy feat. But going the distance becomes the biggest challenge either of them has faced, especially as Princeton discovers who’s really in his corner…

Also, check it out on this list of Best Romance Novels of 2017!

The Games We Play

Chance Washington only has a few things on his mind when he embarks on a trip back to his hometown. Completing the assignment for work that’s sending him there in the first place, helping his mom make progress on her fixer-upper home, and catching up with some of his best friends who he doesn’t get to see often enough. What is not a part of those plans is hooking up with one of his best friend’s little sister. But it doesn’t take long for him to realize that just because you walk into a game with a strategy, doesn’t always mean things are going to go as planned.
Londyn Miller isn’t looking for a relationship; a casual fling more her thing after blowing through the limited dating options in her hometown. But when a handsome – familiar – face returns to town for an extended stay, the decision to pursue him for a little fun is an easy one; as long as she’s sure not to let that fun turn into real feelings while also managing to keep it all from her overprotective big brother.
Just like Chance, Londyn quickly learns that plans and strategy can only get you so far before you’re forced to make in-game adjustments. And when those in-game adjustments evolve into something neither expected, it becomes a race for the finish line that Chance nor Londyn saw coming…