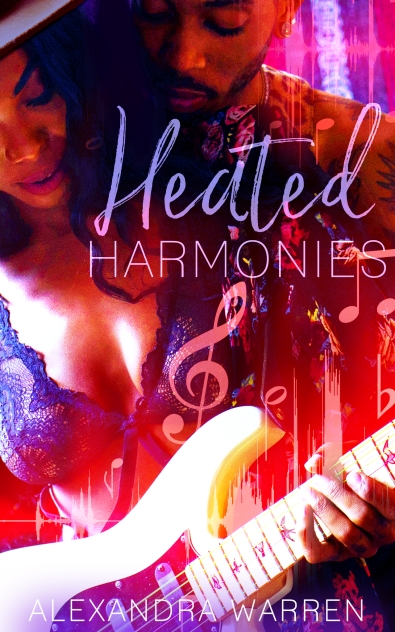 Are you ready for, Heated Harmonies?

Of course, the book centered around music would have a (fire) soundtrack to go along with it!

Most of the songs are actually mentioned somewhere in the book, but there are a few towards the end that I felt best described the budding romance between Zalayah and Gabriel.

So have a listen below, and get ready for Heated Harmonies, coming May 13th.

The music industry has always been her world, but it almost crushed his…

International superstar Zalayah is desperate to break out of her popstar box with a completely new image, a new look, and most importantly, a new sound. But after years of working with some of the biggest producers in the land, she knows she must go beyond the usual to get exactly what she’s looking for.

Gabriel has sworn off being in the music industry regardless of how talented he is as a musician. But when one of the biggest popstars in the world comes knocking at his door with a proposition he can’t refuse, his initial disdain quickly becomes a battle of the head and the heart as he finds himself not only falling under the guise of the industry but also falling for her.

Creating the perfect harmony in the studio is an easy feat. But when outside influences find their way inside, it’s only a matter of time before things become too hot to handle…