Skip to content
Search
Close
Book baby number 5, An Unconventional Love,  is finally here! And it’s only $.99 for a limited time! Check it out. Devour it. Enjoy it. And please review it! 🙂

Soooo An Unconventional Love is dropping tomorrow and I’m soooo excited…and nervous….and anxious…and everything else lol but anyway!

4:48 AM.
Shit.
I had to get out of here.
END_OF_DOCUMENT_TOKEN_TO_BE_REPLACED

So I shared this via FB – which if you wanna really stay up-to-date, you should probably go like the page lol – but I wanted to make sure I put it here too! Here’s a little teaser from An Unconventional Love, coming July 25th!

“Hey. Sorry I’m late. The brat had a load of questions.” I turned to find…whatever his name was, dressed down from his earlier attire but still looking exquisite. His good looks were almost enough to make up for the fact that he was twenty minutes late.

His face turned into a frown as he questioned, “Jet? But I just got here.”

“Yeah. You just got here but I’ve been here and am now ready to leave.” I reached down to retrieve my purse from the under counter rack before I felt that same warm hand except for this time it was covering mine. It felt like I was shocked by static but I knew that probably wasn’t the case considering there was nothing around to create that kind of energy.

So what the hell was that?

END_OF_DOCUMENT_TOKEN_TO_BE_REPLACED 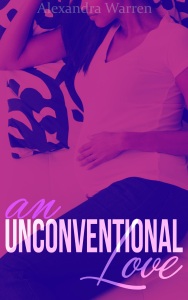 It’s been awhile…I know I know, but I’m excited to share with you that *SOMETHING* is coming soon. (No, not Senior Year lol)

Here’s a sample from An Unconventional Love, featuring Jasmine from Getting the Edge.

I watched the flow of traffic out of my sideview mirror, waiting for a good chance to jump in. I had a solid half hour before my Contemporary Issues in Laws and Politics class was due to start but judging by the traffic that had yet to stop coming, I would be late as always. As I veered in once I thought the coast was clear, I instantly heard the collision of someone’s headlight against my bumper.

“What the fuck!” I put my car in park and hopped out to inspect the damage. For as bad as things sounded, there was only a small dent but that wasn’t gonna stop me from cussing whoever the driver was out after I snapped a quick pic of their license plate just in case they decided to do a hit and run. The second I heard the door to the 95 Honda Accord creak open, I wasted no time going in. “Are you blind?! Were you not paying any attention?! This is a BMW for Christ’s sake!”

“Calm down girl. It was an accident. Shit happens. Just chill out for a second.”

END_OF_DOCUMENT_TOKEN_TO_BE_REPLACED

My Tweets
Back to top